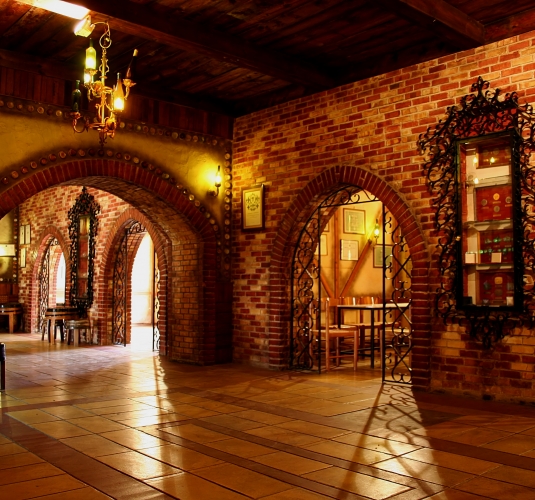 ava Danielis originally served as residence for Theodore Hamburger, Clauss’ business associate. In its basement it hosts until the present day a wine ageing cellar, which was used as a bomb shelter during World War II.

The building of Cava Danielis borders with the so-called Tower of Thieves, which was considered the most well-protected tower of the winery from thieves of that time.

The original name of Cava Danielis was “Theodorion”, named after its first resident. It was then named “Spetserion” since it housed the laboratory of the winery.

In the 80s it was renamed Cava Danielis, in honour of the Lady of Patas Danielis (9th century AD), which was considered to have been the first female Winemaker, who even supplied emperors of that time with wine.

Today in Cava Danielis there is room arranged as a copy of Clauss’ office. The Cellar hosts occasional events, wine tasting and, for over half a century, hosts the wine shop with winery products and wine accessories.